Ashley recorded a track with a rapper Mike Baggz in January 2013 called “Tonight in Old English” peaking at number 85 on the national radio airplay charts. February 2013, Ashley headed to NYC to perform at another showcase for Mr. Wise McGriff, an A&R for 6 different labels, also the marketing director for Def Jam music. Ashley is currently writing, composing, recording new material and her most recent shows are as follows: June 22nd-The Hard Rock Café, June 23st-Sugar Beach, July 27th for Tit for Tat charity and August 19th Coast 2 Coast Event. Ashley has also made the Top Trends List for being most talked about on Twitter in Canada. Late October Ashley returned to NYC for a meeting with a music executive at a major label and she also landed a spot on Hip Hop and R&B station Hot 97 where she spoke with Dj Enuff in the hot box. March 2014 landed in Atlanta, Georgia where she worked on 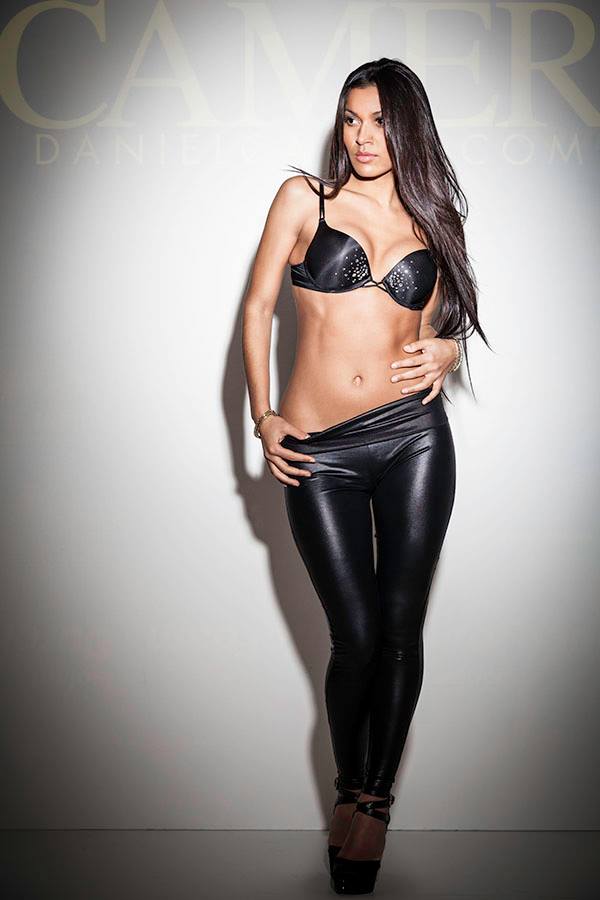 6 singles with hit producers such as Brian Michael Cox, Kendrick Dean, Bam Dilla, LTMO, Dj Toomp and more. Ashley is going to continue striving towards her goals and dreams and will stop at nothing to achieve success. Ashley Martinez hails from Toronto Canada and even as a small child she always wanted to perform. She knew at the age of 5 what her purpose in life was. Her purpose in life, was to reach super stardom. Singing in various talent shows, venues and performing in different languages such as Italian, Spanish and English, she knew that this was the only thing that made her truly happy. Ashley was introduced to two producers of small independent label, Six Figgaz Records. This began performances around the city including the Mardi Gras in Hamilton, CH Breakfast Television, singing at local clubs and festivals. After a year of a Hamilton, CH Breakfast Television, singing at local clubs and festivals. After a year of a successful start, her relationship ended with the label. January 2012 local studio “The Big Room Studios” asked Ashley to come in and start recording music. In a matter of 2 years she created a sound catalogue of over 31 tracks, including a record called Memory featuring G-UNIT rapper Tony Yayo. Ashley has worked with numerous producers such as Baby Paul (New York), J. Staffz (Toronto, On), Beat Merchant (Toronto, On), Sheldon Moore (Toronto, ON), Kemo (Vanguards, Vancouver, B.C.), Jared Lee-Gosselin (Los Angeles, CA) and Nelson Davis (Detroit, Mi., Columbia Records). With a distribution & promotional agreement through Akon’s Hitlab, Ashley had her song Letting Go, picked up by 108 radio stations. This stemmed from her entry in their yearly competition for artists to submit their original music and Ashley placed top 10 out of over 40,000 applicants. In April 2012 Ashley went to New York for a one on one meeting with Lenny Santiago, VP A&R of Def Jam music, providing good advice about the in’s and out’s of the industry. Ashley was very thankful and continued her musical journey. In September 2012 Ashley opened up for rapper Meek Mill in Miami, Fl. November 2012, Ashley flew to Fiji to represent Canada in the Miss World Supermodel Pageant and performed at their closing ceremony. Ashley was also a National Finalist 2013 for the Miss Universe Canada Pageant.